For those who wish to explore the bygone days of rail travel, a visit to the Railway Museum’s latest permanent exhibit, train coach No. 313, is an ideal place to start.

Manufactured in 1921, the third-class coach ran between Tsim Sha Tsui and Lo Wu. It was retired when the Kowloon-Canton Railway switched to full electrification in the early 1980s.

However, being kept outdoors and exposed to the elements inevitably corroded some of its metal structures. The Leisure & Cultural Services Department proposed to the Legislative Council in 2017 to conserve, repair and relocate the train coach as part of the Railway Museum’s revamp.

“It is actually the second oldest train coach in Hong Kong. Some structures had corroded and were damaged. We had to remove the corroded parts and repaint it,” Conservation Office Curator Jonathan Tse explained.

The train coach was kept in a shipyard for a year to undergo its conservation treatment as skilled workers, equipment and space for the conservation were available there. 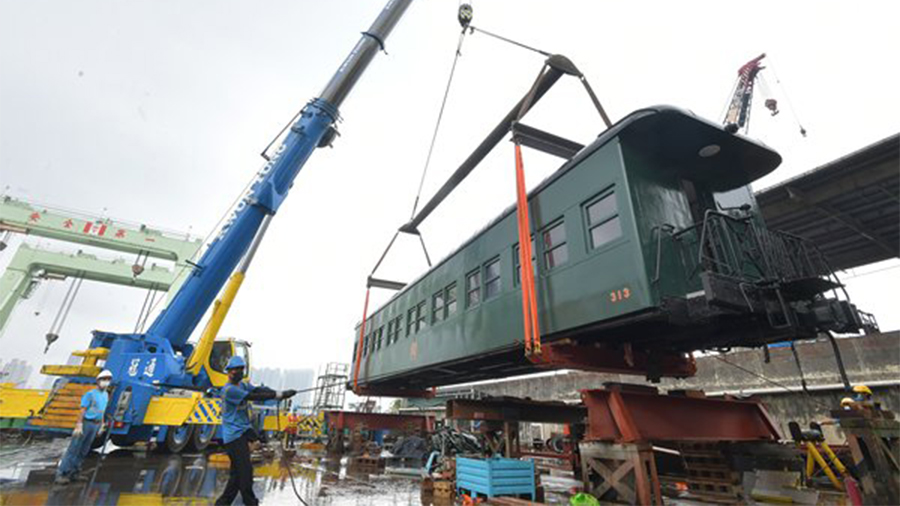 After the treatment, the Conservation Office and the Railway Museum decided to transport train coach No. 313 to Tai Po by road.

“The train coach is about 20m long and up to 5m in height. It weighs 32 tonnes and is as long as two double-decker buses. We had to carefully plan how to transport the train coach by checking the width of the roads and carrying out risk assessments,” Mr Tse said.

He also noted that this was the first time a local museum had to transport such an enormous historic relic on land. The team spent a lot of time designing the route and consulted many departments including the Transport Department, Highways Department and Police.

Due to the sheer size of coach No. 313, a special route was planned that avoided going through tunnels. The Transport Department had also suggested transporting it at 1am as the volume of traffic would be relatively low after midnight. 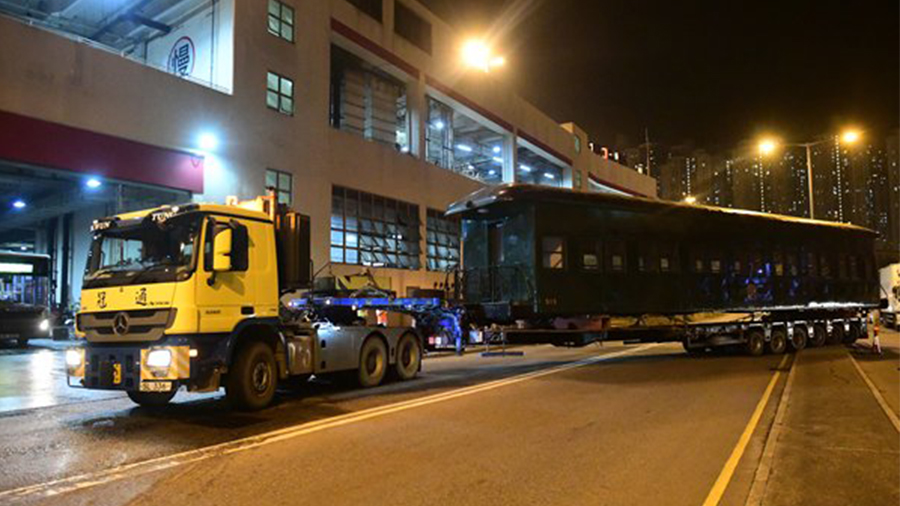 “The greatest challenge was the last stretch of the route as the Railway Museum is on a narrow street. We had to co-ordinate with Police and close the road that morning so we could get the train coach in,” Mr Tse added.

There were also a lot of train enthusiasts waiting at the destination for a glimpse of the historic relic, so workers needed to be extra careful manoeuvring it.

Before it could settle into its new home, there was one final job to complete. The train coach had to be placed back on to its bogie structure which was removed for the road trip. 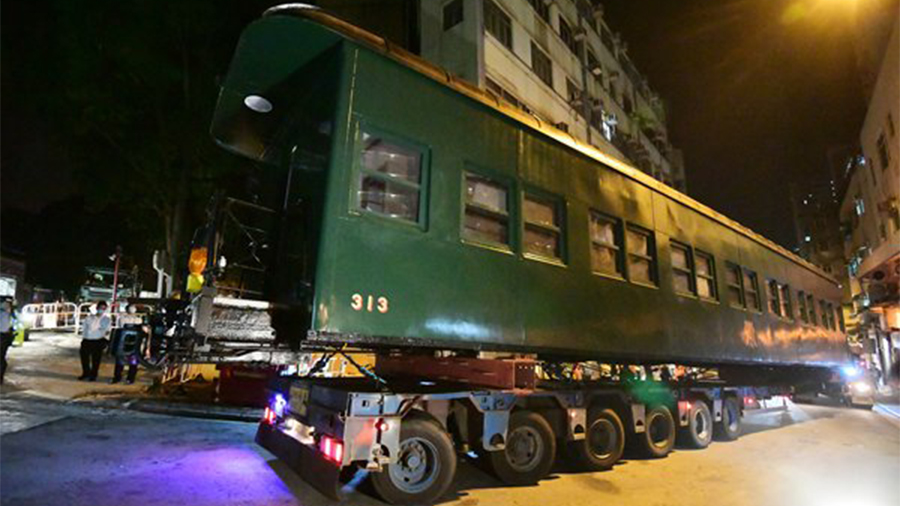 Heritage Museum Assistant Curator I Tsang Chi-hung said the Railway Museum was the perfect place for the train coach to be on permanent display.

“It experienced two locomotive generations - steam and diesel. It was pulled by a steam engine on its first journeys. In the 1950s, the engines changed to diesel. The Kowloon-Canton Railway switched to full electrification in the early 1980s. Train coach No. 313 then retired.”

Mr Tsang pointed out that the train coach holds a special place in the memories of many Hong Kong people and encouraged seniors to share their experience of it with their grandchildren at the Railway Museum.

Due to the current COVID-19 health precautions, visitors cannot board the exhibit. However, there are newly added artefacts, train models and historical photos as well as video and multimedia programmes in the revamped exhibition gallery for visitors to explore the past and present of Hong Kong railways. Please visit the museum’s website for updates and details.

Next Why is February shorter than other months?
Cultural & Leisure

The Science Behind Dalgona Coffee

Over 100 Inclusive Parks for Pets are opened in various districts!

More to watch in LCSD's Edutainment Channel and 101 Academy!