"My Main Stage" Music Production Pilot Programme is a part of the Leisure & Cultural Services Department’s 2019-20 General Education in Arts Programme for tertiary students. Launched in September last year, its goal is to nurture a new generation of aspiring music talent.

The pilot programme’s founder Chiu Tsang-hei mobilised other music and songwriting professionals in the industry, like Eric Kwok and Chan Wing-him, to offer students advice.

“I started the My Main Stage Music Production Pilot Programme three to four years ago. It was intended to hunt for potential music talent in secondary schools and prepare them for a career in the music industry.

“The Leisure & Cultural Services Department suggested that I should expand the programme to tertiary institutes. So the pilot programme was included in the General Education in Arts Programme for tertiary students last year.”

He explained that the assistance from the Government is crucial. It saved him from having to liaise with different institutes and made the recruitment process simpler. 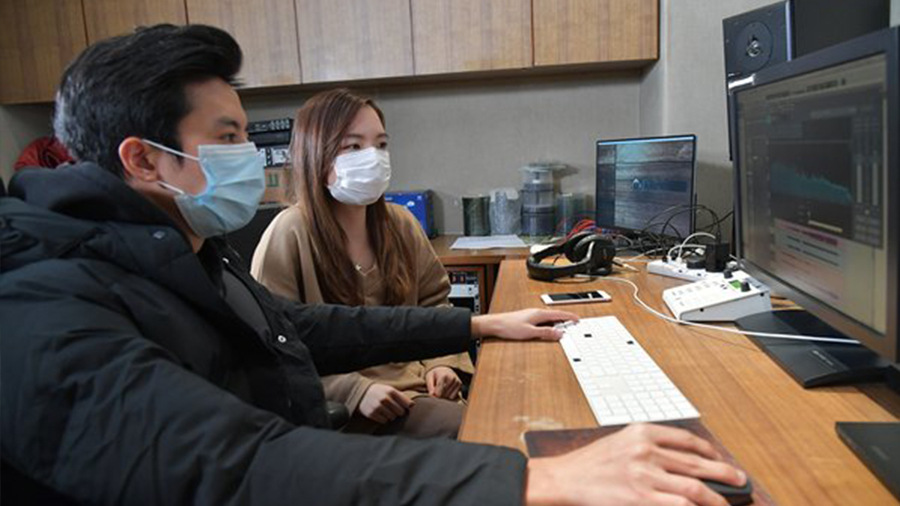 Rachel Yu studied music at her university due to her passion for music as a youngster.

“I joined this programme because I wanted to seek professional advice from very experienced tutors, for example, in writing lyrics, composing or music production. I wanted to polish up my musical skills,” said Rachel.

In an achievement that took almost a year of hard work under the guidance of local music professionals, Rachel was able to produce the best version of her very own song.

Faced with the COVID-19 epidemic, Chiu said technology has played a vital role in making it possible for him to communicate with students while practising social distancing.

He has made good use of video conferencing software and online teaching technology to stay in touch with students.

“It enabled me to provide them with comments and critiques after I listened to their songs. It was just as easy for them to send their revised work back to me.

“I could also use emails and other tech tools to help me so I didn’t have to rely on face-to-face teaching.”

Rachel said Chiu’s support is invaluable as he has enlightened her on improving her vocals.

“At first, I sang very badly but he forced me to practise every day. Every day I sent him a music demo of me practising the song.

“For more than two weeks, I kept practising the song and my performance got better. When I recorded the vocal part, it was a lot better than before.”

Another participant, Bu Yu, described the programme as a trusted platform to learn from local music professionals.

“We did not have the chance to learn pop music production in secondary schools. We could only enrol in music school classes on the market.

“Such classes may not be reliable and the teaching quality is not guaranteed. So I could only learn music production by myself before I joined the programme,” said Bu.

One of the tutors is Arnold Chan who believes the pilot programme is a rare opportunity for students to learn as much as they can about music production in about a year.

“I know a lot about the technical aspects of music production, for example, the mixing and recording process, compression, EQ - which is equalisation skills - and some balance skills.

“The students would have to spend a lot of time if they had to learn these skills by themselves from the Internet and they may have some problem-solving issues that require help from us.”

Arnold’s advice to students is to seize every opportunity to explore all aspects of music production if they truly want to excel in the music industry.

“For top singer-songwriters and producers these days, they have to do all kinds of jobs. So I think they have to grasp as much experience as they can to try to meet professional standards.”

Back
Music talent hits the main stage
Previous Big body is a must for Rugby?
Cultural & Leisure

A Guide on Flower Appreciation 2021

Over 30 Inclusive Parks for Pets are opened in various districts!

Big body is a must for Rugby?