The first impression people usually have about Judo is that it is a competition between two people in white robes with black belts tangling together. Some people even think that Judo is just about lifting people up and throwing them onto the ground. In fact, Judo is a sport that emerged in modern times and yet with well-established competition rules. It was not until 1964 that Judo was listed as an official event in the Tokyo Olympics and gradually became one of the popular sports. There are many players participating in international sports events.

Characteristics of Judo
“Maximum efficiency with minimum effort” and “mutual welfare and benefit” are the mottos of Judo athletes as well as the fundamental principles of Judo. The goal is to train and educate the body and mind rather than simply focusing on competing and trying to win. “Maximum efficiency with minimum effort” refers to using one’s strength in the best way, that is, to overcome force with softness; “mutual welfare and benefit” refers to growing with fellow partners and learning from each other. During practice, in addition to pursuing the improvement of their own techniques, Judo athletes also need to grow with their team members to achieve the goal of training the body and improving spiritual cultivation. Etiquette is highly valued in Judo, with “beginning with etiquette and ending with etiquette” being the two requirements. Judo students must salute before entering the dojo, when they see their teacher, and to one another before practice. 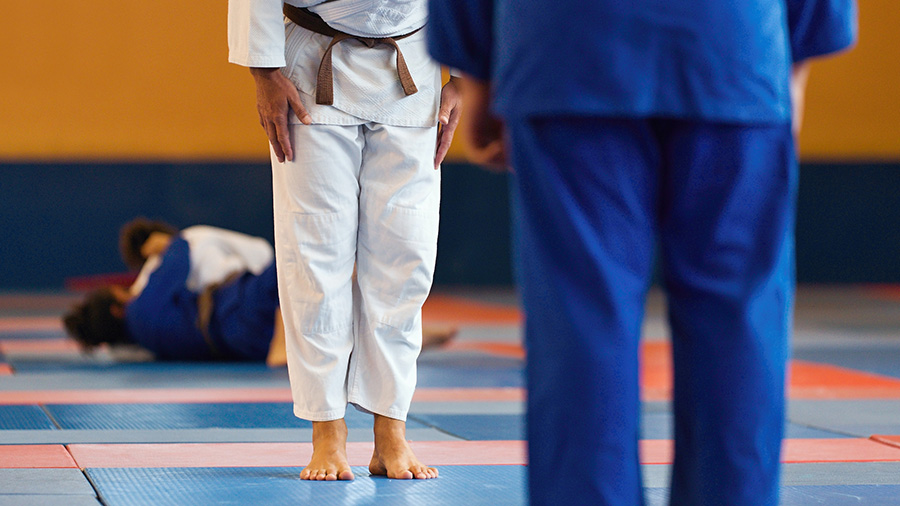 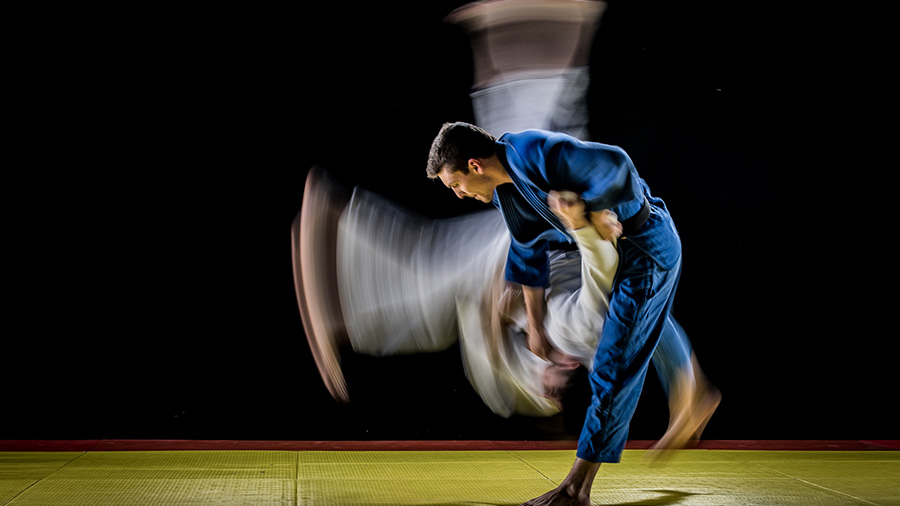 In Judo competitions, both contestants will use Judo techniques at will and there are no fixed moves.  However, Judo itself has a set of strictly prescribed practice methods called “Kata”, which are like martial arts routines. Kata illustrates the understanding and theory of Judo and is practised in pairs. Kata is mandatorily assessed in rank examinations.  Judo is very particular about the practice of Kata.  During practice, the two parties are divided into the tori (taker or the one who performs the technique) and the uke (receiver or the one to whom the technique is performed).  The moves, order and etiquette of both parties are subject to meticulous and rigorous rules to allow athletes to learn Judo techniques in a clear order.  Judo attaches great importance to the cultivation of Kata, and each dan has a different assessment range for Kata.  Athletes must be familiar with both roles as the taker and the receiver when using various techniques. 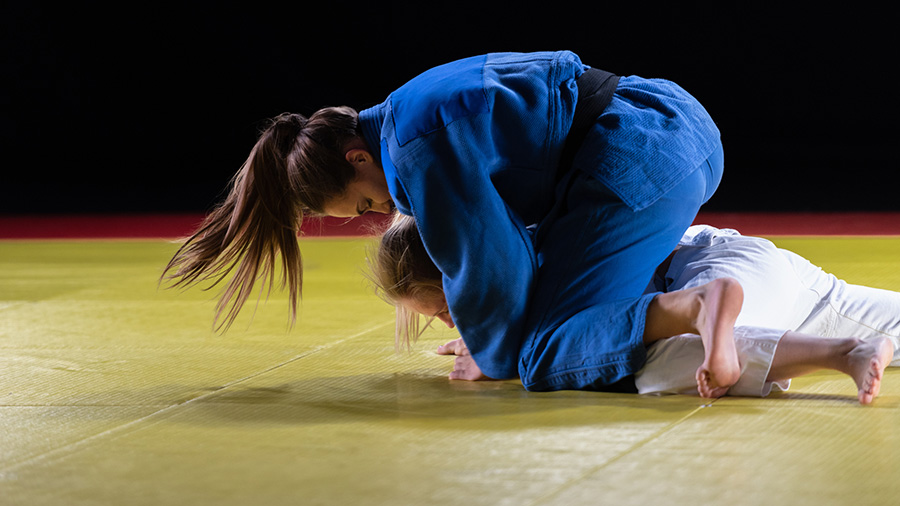 The benefits of Judo
Judo is a sport that trains strength, speed, physical fitness and body coordination.  The various movements of Judo involve multiple sets of muscles of the body. These movements do not only increase muscle strength but also improve the elasticity of bones, ligaments and joints and have certain benefits for maintaining bone health.  On the other hand, Judo focuses on etiquette and decent character which can cultivate good behaviour such as athletes’ willpower, endurance and respect for others in the long run.

Development and promotion of Judo in Hong Kong
Judo is originated in Japan, which means that most of the participants were Japanese nationals in the early days of its development in Hong Kong.  In the 1960s, various Judo training classes were launched.  In 1966, the Judo master Mr Takeo Iwami set up a Judo dojo in Hong Kong, becoming the first Japanese master to establish a Judo dojo in the territory.  Judo has blossomed in Hong Kong since then with the establishment of various Judo associations that jointly promote Judo and establish systematic training plans.

The progressive learning method of Judo has resulted in a clear advancement model and has transformed traditional Japanese Jujutsu into a modern sport with a fair and just referee system.  The Judo Association of Hong Kong, China mainly assists in the promotion of Judo in the community and takes athletes to the international arena.  It also organises various competitions, provides a competitive platform for athletes to continuously engage in exchanges to improve their skills, and enhances the level of local Judo athletes.

The Science Behind Dalgona Coffee

A $33 license enables you to fish in reservoirs!

Over 100 Inclusive Parks for Pets are opened in various districts!

More to watch in LCSD's Edutainment Channel and 101 Academy!