The Hong Kong Trail (50 km) traverses all the five country parks on Hong Kong Island. It is divided into 8 sections, each with plenty of stunning views. Below are five scenic spots you should not miss! 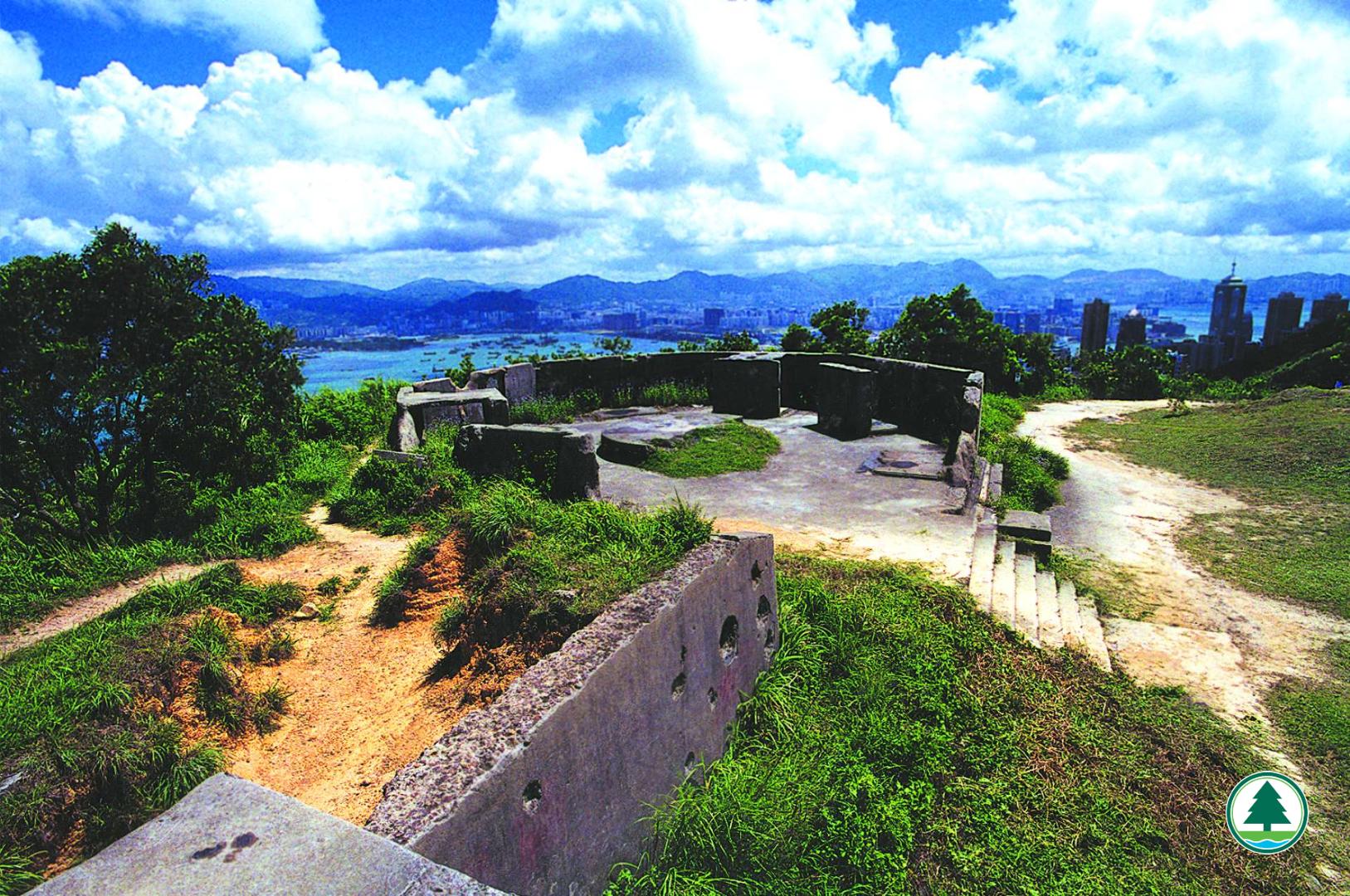 Pinewood Battery - Historical Relics
Located in Lung Fu Shan Country Park, Pinewood Battery was an important point of coastal defence because it is situated at an area of elevated terrain looking out on the western mouth of Victoria Harbour.  Construction of the battery started in the late 19th century and was completed in 1905 as part of the British colonial government’s plan to strengthen the defence of the western part of Hong Kong Island. With the rise of airpower on the verge of the Second World War, Pinewood Battery became an anti-aircraft battery with facilities like barracks to defend against the Japanese Army, instead of the French or Russian forces.  It was later abandoned in 1941 when it was heavily shelled by Japanese artillery fire. Surprisingly, its command post, lookouts, magazines, and even the lavatory remain in good conditions, allowing visitors to learn about the wartime history along the 400-metre Pinewood Battery Heritage Trail...
Read more Lugard Road - Hong Kong’s most iconic view of Victoria Harbour
The bird’s eye view of Victoria Harbour from Victoria Peak is unquestionably Hong Kong’s most iconic view.  Apart from the pavilion scene often featured on postcards, an even more sweeping vista is offered at the start point of the Hong Kong Trail, Lugard Road.  Built between 1913 and 1914 with some narrow, cliff-side paths called plank roads, the hundred-year-old trail is named after the 14th Governor of Hong Kong, Sir Frederick Lugard. Not only is it a great spot to admire sunset and night views, but it is also where you can witness the extraordinary scene of our city enveloped in mist in spring. The Peak Trail is surrounded by lush forestry and moss-covered rocks, dotted with a variety of flora species throughout the year – between April and May pink flowers of the Lance-leaved Sterculia, come into bloom; from July to October white flowers of the Turn-in-the-wind, embellish the trail.  Together with antique stone benches and streetlights, it exudes an air of ancient elegance. Continue on to Harlech Road, which is to the southwest of Victoria Peak, and then stroll along the shaded tree-lined trail at Pok Fu Lam Reservoir.  It will instantly connect you from the bustling financial centre to a rural idyll on the western part of Hong Kong Island, which is yet another way to tell the stories of Hong Kong.
Read more

Scenic Spot 3: Sunset View from High West
Section passed by: Hong Kong Trail (Section 1)The Peak to Pok Fu Lam Reservoir Road
Transportation: Take public transport to the Peak and alight at the Peak terminus. Walk along Harlech Road for 30 minutes to reach High West picnic area. Then take the path next to the picnic site and walk uphill to High West.

High West Viewing Point - Sunrise and Sunset
Towering at an elevation of 494 metres as the fourth tallest mountain on Hong Kong Island, High West divides the prosperous Central and Western District from the tranquil Southern District.  Its summit, which can be reached by climbing a long flight of 600 steps, offers unobstructed views of the West Lamma Channel stretching to the horizon.  It also looks out on Lamma Island in the south and as far as the Lema Islands outside the territory.  As dusk approaches, the sun dips gently among the hills of Lantau Island, giving off a beautiful red sunset over the sky and the sea.  As you are busy taking photos of the scene in front of you, Victoria Harbour is also bathed in the glow of the setting sun, with skyscrapers on the waterfront sparkling before being lit at night...
Read more Shek O Peak - Viewing Points
Although Shek O Peak sits at Shek O Country Park at an altitude of only 284 metres, its footpath leads to D’Aguilar Peninsula, where turquoise waters in the surroundings that stretch to the horizon come into full view.  It belongs to Section 8 of the Hong Kong Trail, connecting with Wan Cham Shan along the ridgeline of the world-renowned Dragon’s Back . It got this name because of the resemblance of its meandering and undulating hills to the shape of the back ridge of a dragon.  The footpath also overlooks Big Wave Bay and Shek O, commands views of Tung Lung Island and Hong Kong’s southernmost island Po Toi Island in the distance, and offers vistas of the boundless South China Sea.  To enhance the public’s understanding of the nearby mountains and islands, there are information boards at the Dragon’s Back Viewing Point...
Read more

(The images and the information are provided by Agriculture, Fisheries and Conservation Department)

Where to find campsites in Hong Kong?

Hiking skills that you need to know