From September to December this year, the Agriculture, Fisheries and Conservation Department organises the Hong Kong Hiking Challenge to encourage nature lovers and hikers to set off for the countryside and take on the challenge! Go outside and hike through the country parks, immerse yourself in the spectacular views and learn more about the unique stories of Hong Kong’s local flora and fauna, and discover the beauty of undulating mountain ridges.

There are 25 checkpoints scattered in various scenic spots in the country parks, featuring a variety of picturesque views unique to Hong Kong’s countryside. Participants can plan their own routes to visit these checkpoints based on their interest, physical fitness and hiking experience. Use a smartphone to check in at the checkpoints to collect the unique local flora and fauna badges made for each checkpoint. You will also learn about the amazing biodiversity of Hong Kong! Collect a certain number of badges and you will get different rewards! Let the challenge begin!

Here are the 7 checkpoints on Hong Kong Island: 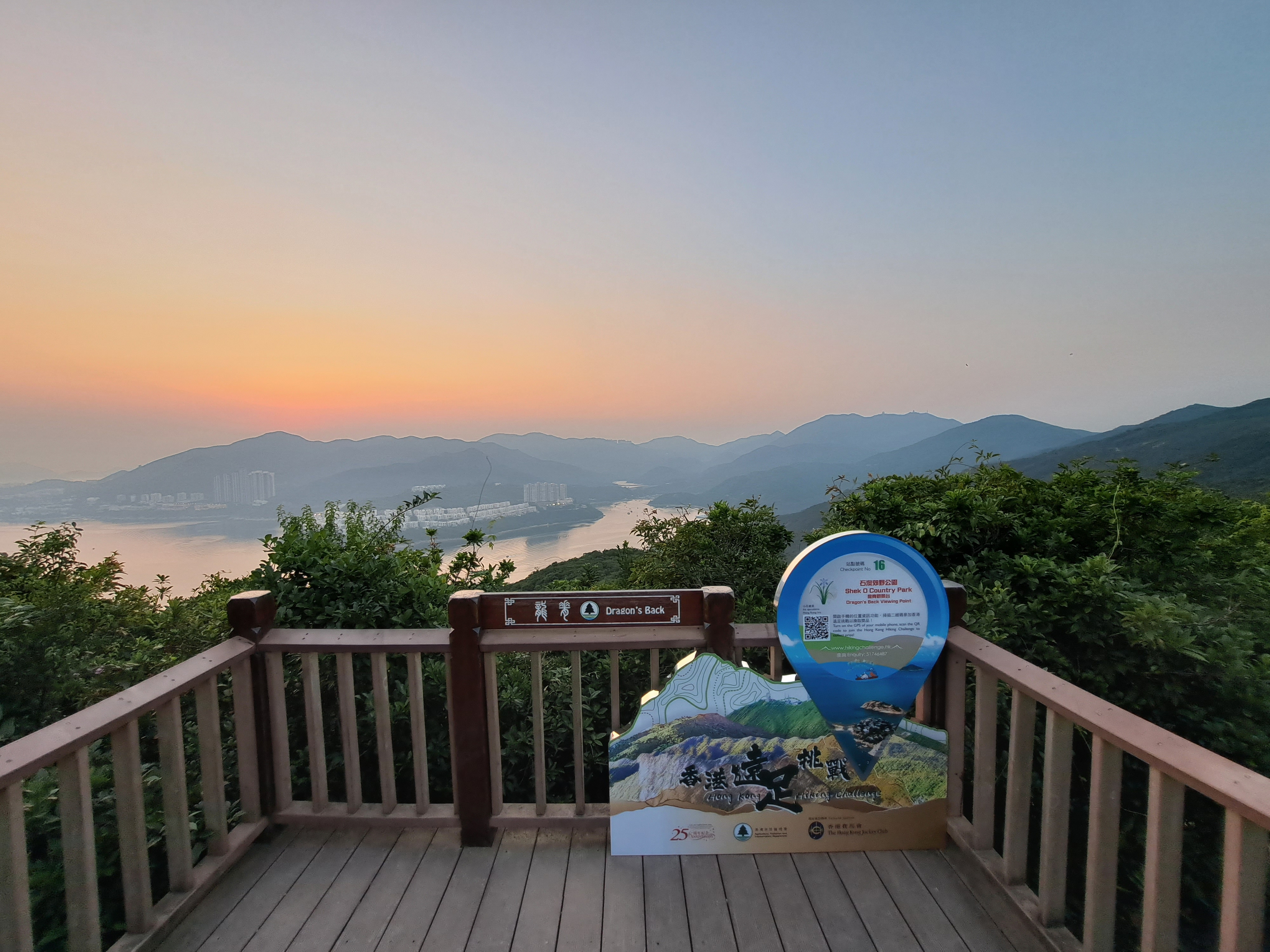 The ridge of Shek O Peak to Wan Cham Shan undulates like a giant dragon, hence the name "Dragon's Back". The viewing point at the highest point offers a panoramic view of Shek O, Tung Lung Island, Stanley and Tai Tam. Strolling along the shady paths along the hillside of Wan Cham Shan, drown yourself in the music of rustling trees and chirping birds as you embrace nature's tranquillity and comfort. 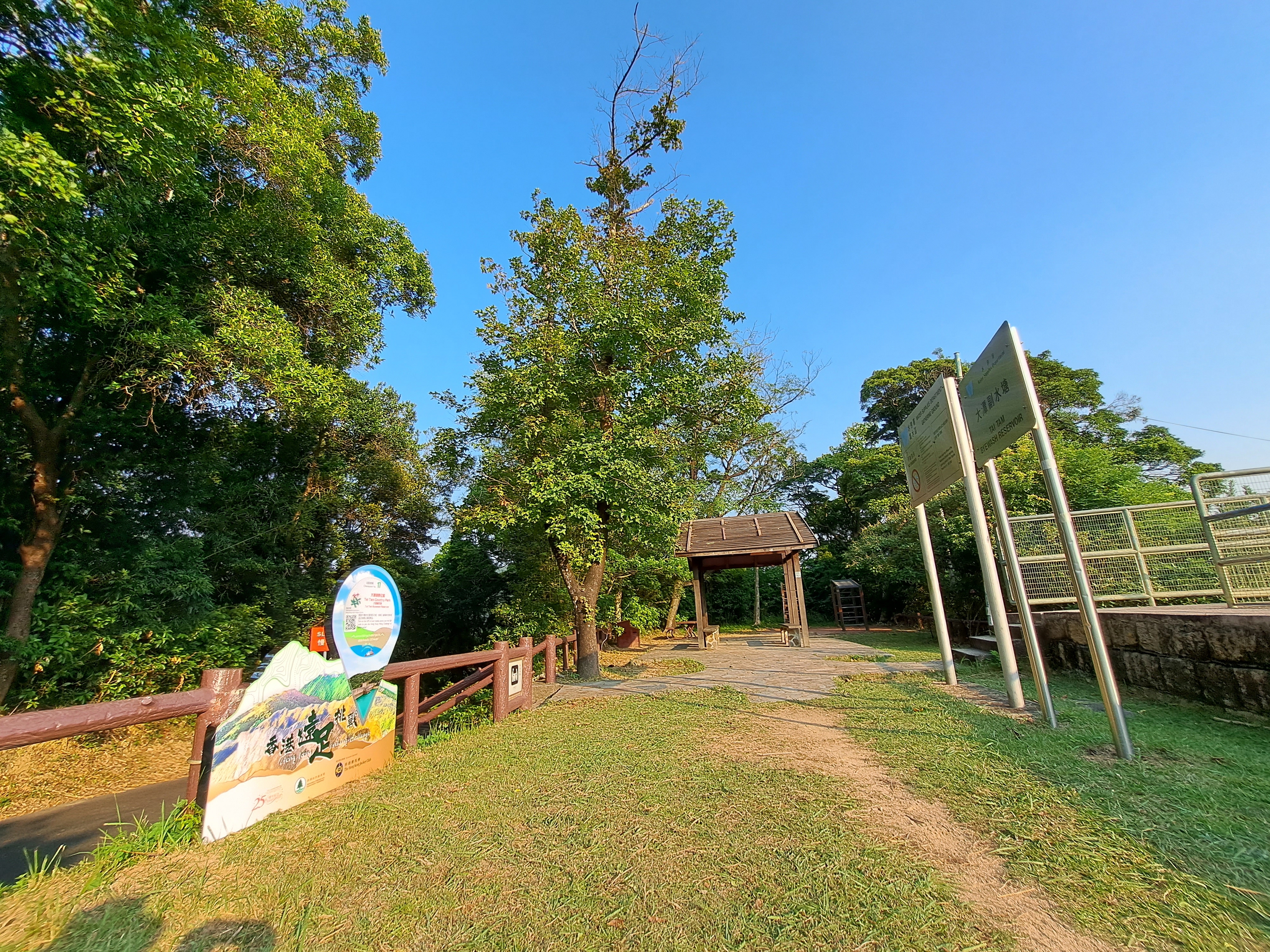 The Tai Tam Reservoir Group is home to over 20 declared monuments including the upper reservoir's dam, masonry bridge and aqueduct, the byewash reservoir dam and valve house and Tai Tam Tuk Reservoir masonry bridge. The paths around the reservoirs form easy walks with breathtaking views between these special reservoirs, the landscape and the unique stone bridges and historic buildings. The 17th Governor of Hong Kong, Sir Cecil Clementi, was said to have been a frequent equestrian on this route, which was then named after him. This trail overlaps with the 2-kilometre Quarry Bay Jogging Trail, which connects Mount Parker Road in the south to Choi Sai Woo of North Point in the north. The viewpoint near the northern start of the jogging trail offers panoramic views of the eastern part of Hong Kong and Kowloon, showcasing Victoria Harbour from Tsim Sha Tsui to Lei Yue Mun. Middle Gap is located in the centre of Hong Kong Island between Mount Cameron and Mount Nicholson, with Wanchai Gap to the west and Wong Nai Chung Gap to the east. Given its moderate elevation, the viewpoint still offers an amazing bird's eye view sweeping from the west to south, over Nam Long Shan, Ocean Park, Shouson Hill, Repulse Bay and Chung Hom Shan, as well as the small islands of Ngan Chau and Middle Island.

The fourth highest peak on Hong Kong Island, Mount High West separates the bustle of the Central and Western District from the tranquillity of the Southern District. After climbing more than 600 steps, you will reach the unobstructed peak and enjoy a panoramic view of the sea and sky of the West Lamma Channel. Near dusk, as the sun slowly descends behind the mountain ranges of Lantau Island, the sky, the sea and the Victoria Harbour are illuminated in a fiery red, while skyscrapers on both sides of the harbour glow in gold slowly transform into night lights. 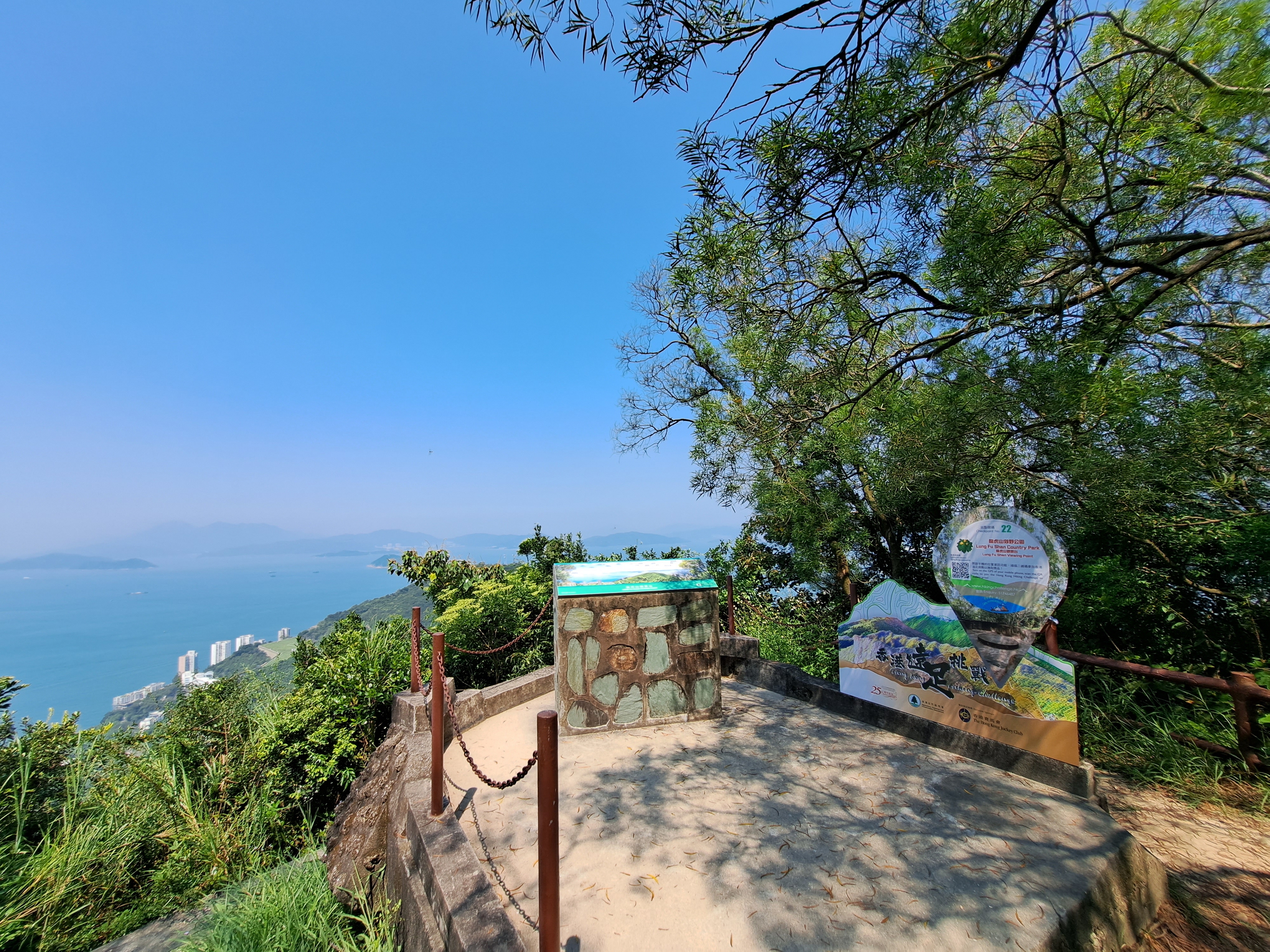 Lung Fu Shan Country Park is the smallest country park in Hong Kong, with Victoria Peak to the east, Mount High West to the south, Shek Tong Tsui to the north and Mount Davis to the west. Despite being petite, this country park is a conglomeration of rich natural ecology and historic backgrounds, including the renowned relics of Pinewood Battery. Lung Fu Shan Viewing Point was once an artillery observation post, but today the smoke and fumes are gone and only the setting sun remains, allowing visitors to enjoy the view of the western side of Hong Kong Island.

(The images and the information are provided by the Agriculture, Fisheries and Conservation Department)

Where to find campsites in Hong Kong?

Hiking skills that you need to know