Staff are reporting for duty to the new short-term positions - Youth.gov.hk
Skip to main content
Search

Staff are reporting for duty to the new short-term positions

Under the Job Creation Scheme with its purview in connection with the Government’s Anti-epidemic Fund (AEF), a young beneficiary under the Scheme, currently working as an assistant engineer for a contractor engaged by the Drainage Services Department (DSD), will share with us her experience in job hunting and her involvement in the public works project.

The Government continuing to create jobs and recruit staff

To relieve the worsening unemployment situation due to the COVID-19 pandemic, the Government has set aside $6 billion under the AEF to create about 30 000 time-limited jobs in the public and private sectors in the coming two years. According to the SCS, Mr Patrick NIP, the Government has planned to provide 21 700 jobs, of which 13 700 will be created in different government departments. So far, 2 500 new colleagues have reported for duty. He says that in view of the pandemic, the Government will continue to create jobs and recruit staff. In order to stabilise the economy and create time-limited jobs, it is most important that we stand united, make concerted efforts and do our parts to win the fight against the pandemic as soon as possible.

Promoting the creation of new short-term positions in private sector

The DEVB and departments under its purview have created a total of more than 6 500 time-limited jobs, including government positions and those created through procurement of services from consultants or contractors under existing or new contractual arrangements. Miss LEUNG Wing-yiu, Yoyo, started to work as an assistant engineer for a works contractor in the end of May. Hers is a short-term position created in the non-government sector. She last worked for an airport development project but had to find a new job as the project was about to complete. She could not help worrying because many enterprises were laying off employees or cutting back on recruitment amid the pandemic. She feels very lucky and happy now that she can continue to work as an engineer, a job that she likes. 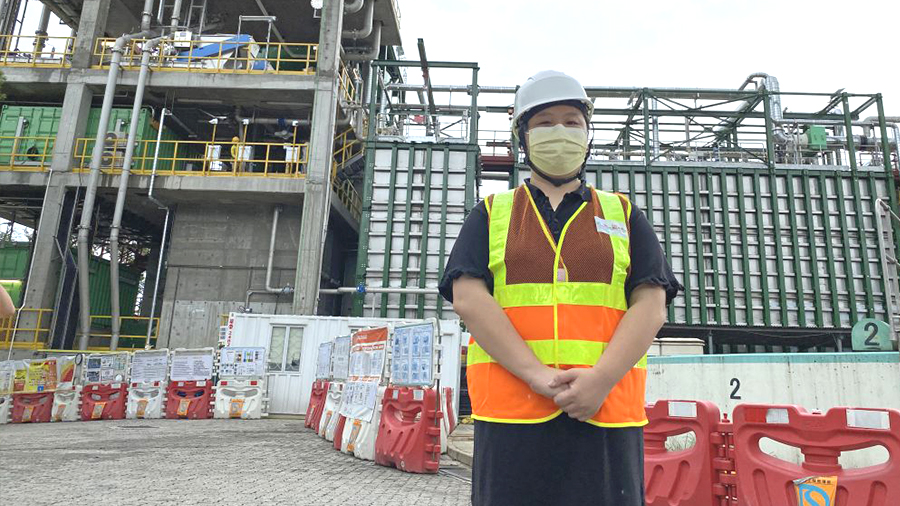 Miss Yoyo LEUNG says that the contractor that has hired her is participating in the DSD’s expansion of Sha Tau Kok Sewage Treatment Works project, giving her an opportunity to learn about the operation and construction procedures of sewage works, such as how the Building Information Modelling technology can be used to enhance the accuracy of project planning, and the DSD’s work in flood prevention which comprises the innovative adoption of the Blue-Green Infrastructure (a modern stormwater management concept) to uplift Hong Kong’s flood resilience. These can help increase her knowledge in drainage infrastructure, which can in turn strengthen her competitiveness in the job market.

Project Manager of the contractor, Mr FAN Chun-wai, Raymond, welcomes Miss Yoyo LEUNG to their work team as she not only shares various tasks, but is also careful and meticulous especially in reading documents. Mr Raymond FAN hopes that she will embrace this job opportunity to take up new challenges and learn the process from design to construction. He believes the work experience thus gained will benefit her career development. Besides, the contractor has hired several frontline colleagues and workers under the Job Creation Scheme of the AEF, thereby providing job opportunities amid the current difficult economic conditions. 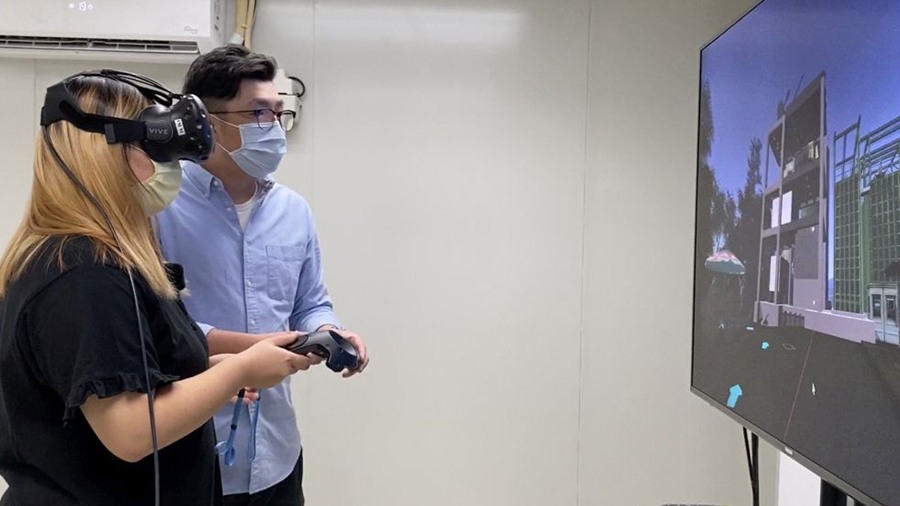