As technology advances, the construction industry continues to upgrade with the times to make the building process faster and safer. Hong Kong’s first public works project adopting Modular Integrated Construction (MiC), is the Disciplined Services Quarters for the Fire Services Department at Pak Shing Kok, Tseung Kwan O. It is also the first residential project constructed with this innovative construction technology under the co-operation of the Architectural Services Department (ArchSD) and a contractor.

Interior fitting out takes place after the completion of the building structural frame in conventional construction, which requires more workers and longer construction time, and generates more substantial construction wastage on sites. MiC, on the contrary, adopts the concept of “factory assembly followed by on-site installation”, where a building is divided into freestanding modules and the labour-intensive and time-consuming process can be accomplished in a factory before the modules are transported to the site for installation like piling up building blocks. In this manner, it not only minimises the duration of works on site, but also enhances productivity, site safety, environmental performance and cost-effectiveness. One may say that MiC brings multiple benefits.

The project of the Disciplined Services Quarters for the Fire Services Department at Pak Shing Kok, Tseung Kwan O, comprises five quarters blocks, among which four have 16 storeys and one has 17 storeys. With 8 units on each floor, the quarters will provide 648 three-bedroom units of 50 square metres. The Director of Architectural Services, Mrs LAM YU Ka-wai, Sylvia, says the project commenced in August in 2019 and the construction process has been accelerated due to the adoption of MiC. The contractor expects the project to be completed by the end of 2020, earlier than the contractual completion date of the second quarter of 2021. 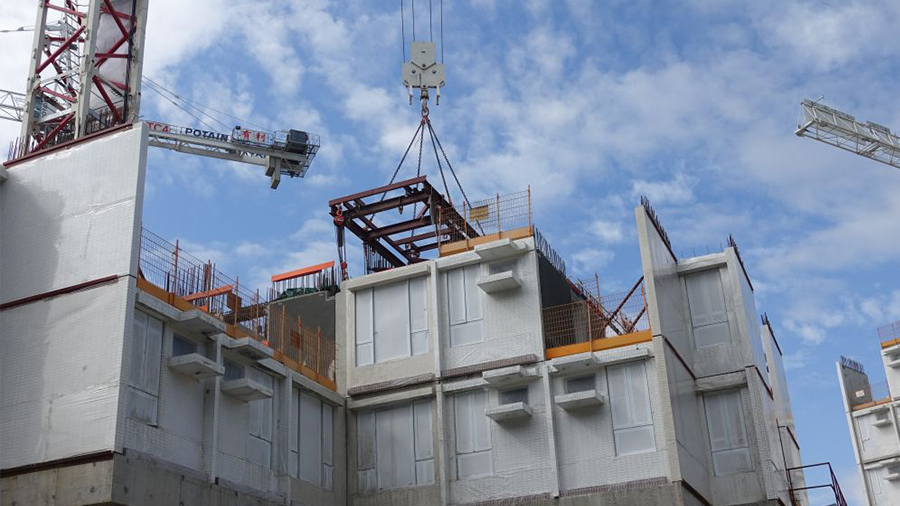 The development consists of about 3 800 modules commonly known as “boxes”. Each box has had most of its finishes, interior fittings, fixtures, etc, assembled ahead in the factory. According to Project Manager Ms AU Siu-man, Amy, of the ArchSD, more than 10 percent of the boxes have been installed at the construction site so far. Block Two, the tallest among the five blocks, has had four storeys installed. She says that the department consulted with the Water Supplies Department, the Electrical and Mechanical Services Department and the Fire Services Department regarding the project’s inspection and acceptance standards at the end of last year. Between June and July in 2019, a visit was conducted by the ArchSD and related departments to the contractor’s factory on the mainland to inspect the assembly of the boxes, and to ensure their safe transportation. 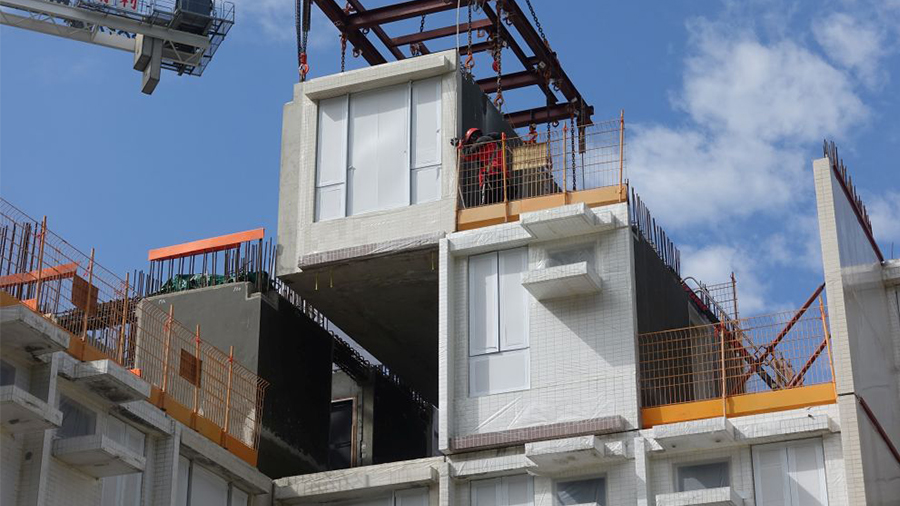 The process of lifting a module and fitting it to a designated spot, taking only about 15 minutes to complete the entire process. Inside the unit , some essential fittings, partitions and fixtures (such as floor tiles, window grilles, a bathtub, a washbasin, kitchen cabinets and plumbing works) were already in place. Walls had also been painted or paved with tiles.

Five days to assemble a storey

The contractor’s Project Director, Mr NGAN Siu-tak, Emil, says that more than 80 percent of the interior fitting-out processes are completed in a prefabrication yard. The fitting of the modules to the building calls for precise calculations. It takes about five working days to assemble each floor, and 30 minutes to install a module. Lifting units to higher floors takes around five minutes longer. 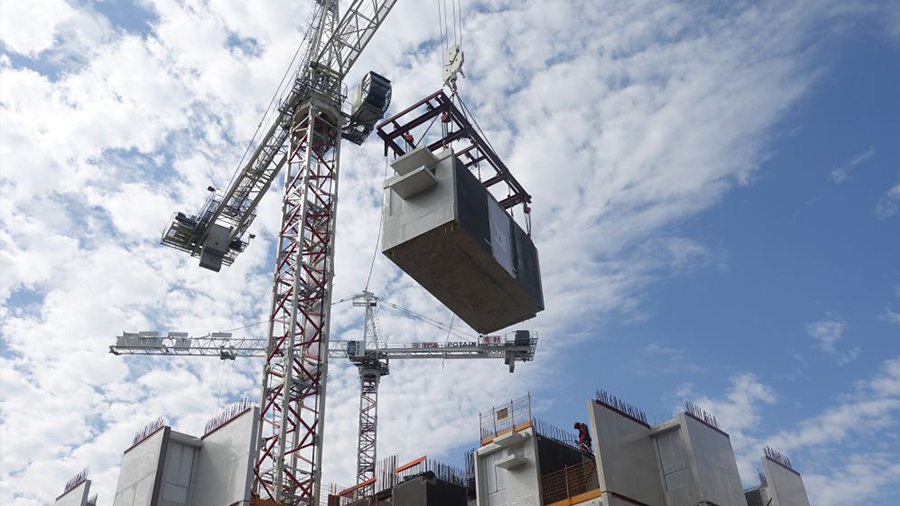 Setting an example for the construction industry

In recent years, the Government has proactively adopted MiC in various public works, with pilot projects including the InnoCell of the Hong Kong Science Park and the Wong Chuk Hang student hostel project of the University of Hong Kong. The second MiC project of the ArchSD, i.e. the Construction of a Multi-welfare Services Complex in Area 29 of Kwu Tung North New Development Area, will commence this month. It is hoped that by piloting the MiC technology in public projects, the Government can set an example for the construction industry and give practitioners greater confidence to use MiC in their projects. In the long run, it is hoped that through this construction technology, which is relatively new to Hong Kong, the industry will overcome severe challenges such as high costs and labour shortages they have been facing in recent years, and together we will promote the sustainable development of the construction sector.