The Tuen Mun-Chek Lap Kok Link Northern Connection opened to traffic on 27 December 2020. With the Southern Connection which has been commissioned since 2018, it forms a strategic route connecting the Northwest New Territories with the Hong Kong-Zhuhai-Macao Bridge Hong Kong Port as well as the Hong Kong International Airport and North Lantau.

It will shorten the travel distance between Tuen Mun South and the airport by around 22km and the journey time by around 20 minutes.

The tunnel is the longest and deepest subsea road tunnel in Hong Kong. Excavating a tunnel with a diameter of a six-storey building was the Government’s biggest challenge.

The team used innovative methods and techniques to overcome a number of difficulties when constructing the tunnel.

Engineer Ken Cheng was assigned to handle the mega project right after he joined the Highways Department.

“I am honoured to be a part of the construction team. It was a challenge and good opportunity for me as this is the largest project I have ever handled in my career.”

What impressed him the most was being able to use massive tunnel boring machines (TBMs). 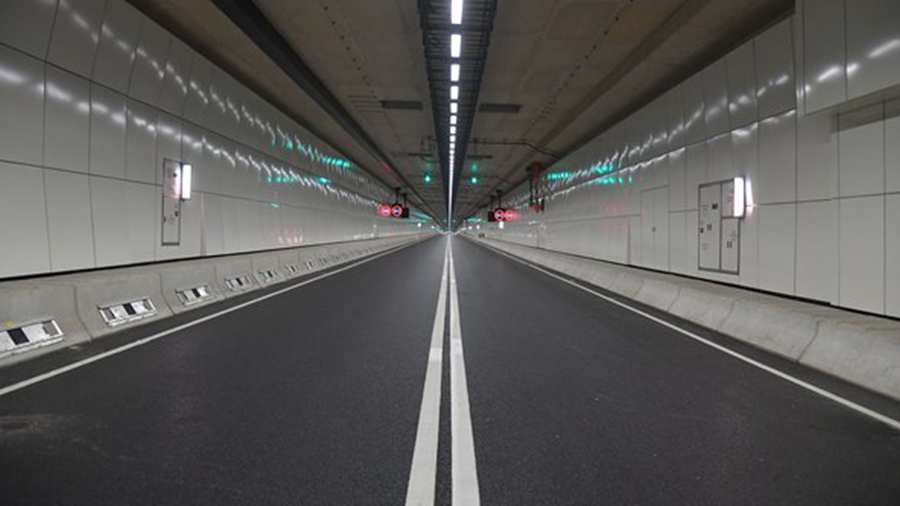 This is the first time Hong Kong deployed large-diameter TBMs for tunnel excavation beneath the seabed. One of the TBMs the team deployed was the world’s largest, with a diameter of 17.6m.

Equipped with a rotating steel cutterhead at the front, the machine is designed to pass through different types of soil or rock. It can also excavate under pressurised condition.

He said as compared to the traditional immersed tube method, the use of TBMs for the subsea tunnel construction greatly reduced the dredging and disposal of around 11 million cu m of marine sediment - an amount equivalent to the size of around 4,900 standard-size swimming pools.

The adoption of TBMs also saved the need to divert the power cables which are now serving the airport and greatly lessened the impact of construction on the environment.

The tunnel’s deepest section is about 60m below sea level. When boring underneath the seabed, specialist hyperbaric workers had to carry out daily maintenance works and overcome an atmospheric pressure nearly six times greater than that at the surface.

Nevertheless, workers’ safety had been ensured and the risk of decompression illness greatly lowered, thanks to the provision of special habitats.

The tunnel is also the first in Hong Kong to include a service gallery underneath its carriageway. The service gallery houses utilities which comprise drainage pipes, the fire services system, power supplies and signal control systems.

“It enables part of the daily maintenance work of utilities to be carried out at the same time the tunnel is in operation. The tunnel does not need to close even if there are emergency repairs. Hence, it minimises disruptions to the public," added Liz.

Liz has been working for the Government for 10 years and said this is the largest project she has ever worked on. She also faced challenges during the process that she described as an unforgettable experience.

“Due to the outbreak of COVID-19 this year, the supply chain of construction materials and the installation had been affected and the number of workers had also been reduced.

“We had to work closely with the project team to solve the problems, such as sourcing alternative materials in order to minimise the impact on the project," she recalled.

Both Liz and Ken are pleased to see the construction of the tunnel finished and looking forward to celebrating its official opening on 27 December 2020. 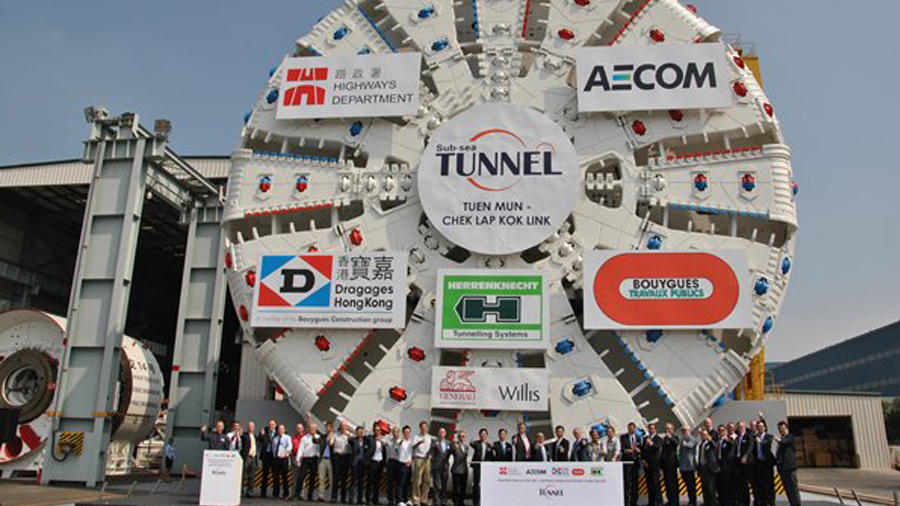 Ken is eager to take his family on a tour of the tunnel.

“I feel very proud that I took part in this project as it will bring convenience to the public and benefits to Hong Kong. I believe my kids will be proud of me when they know their father participated in this mega project," said Ken.

The Customs and Excise Department: Road to Training Professionalism