Innovation and technology development is a dominant global trend. The Government has been encouraging the construction industry to adopt new technologies. Under the ongoing implementation of the Kai Tak Development (KTD), the Civil Engineering and Development Department (CEDD) is now constructing a pedestrian subway linking Shing Kai Road and Choi Hung Estate to facilitate pedestrian access between Kai Tak and its neighbourhood. The project has introduced the Rectangular Tunnel Boring Machine (RTBM) technology for the first time to enhance works safety and efficiency. The boring works have been successfully completed and here colleagues of the CEDD will share with us this new technology and how to use it to overcome various challenges of the project.

The project is challenging

The pedestrian subway has a total length of 140 metres, with a height of 2.8 metres and a width of 3.9 metres. Project Manager of the East Development Office of the CEDD, Mr LEUNG Chung-lap, Michael, says the subway passes through the busiest traffic routes in East Kowloon, such as the flyover of the Kwun Tong Bypass and Prince Edward Road East. It also has to weave around the piles of the flyover without affecting its foundation structure, and pass closely through major underground utilities, including large-scale stormwater box culverts, district cooling system pipes, large diameter sewers and fresh water pipes, as well as high voltage power lines. The project is, therefore, full of challenges. 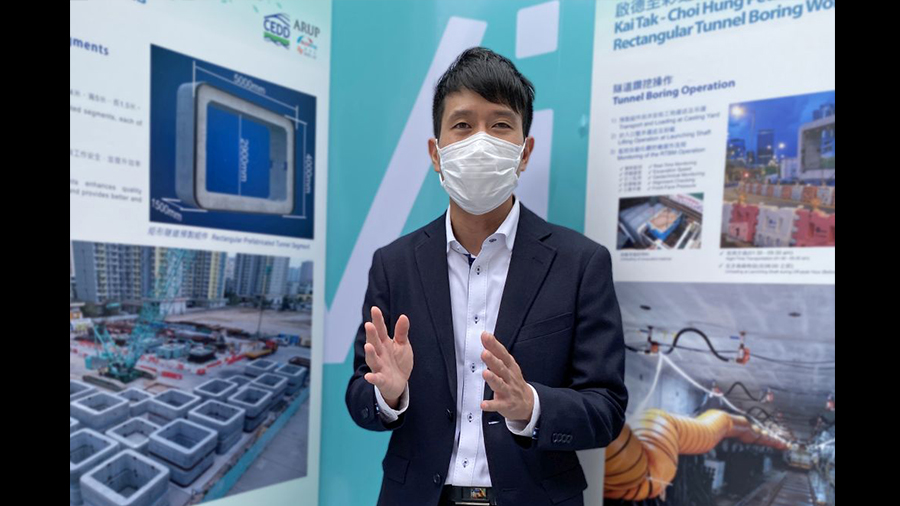 Introduction of the first RTBM

Mr Michael LEUNG says the conventional tunnelling method of installing temporary support while excavating on-site is associated with relatively high risks. After detailed consideration, the CEDD has decided to introduce the first RTBM to Hong Kong for the project. The new technology is wholly operated by mechanical means to eliminate manual digging, enhance works safety and improve the working environment while it can also reduce the impacts of excavation works on surrounding facilities. Besides, since the tunnel segments are prefabricated off-site, it not only enhances the quality and efficiency but also saves the construction time needed. 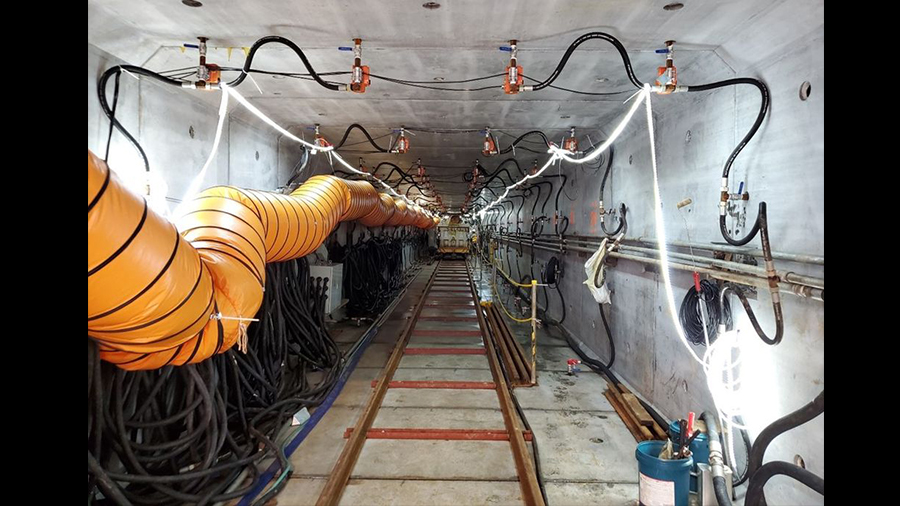 90-tonne cutterhead to bore into the subway

Regarding the subway boring process, the CEDD’s Senior Engineer, Mr CHU Chi-hong, Keith, says the workers are to first construct a launching shaft for the installation of hydraulic jacks, a cradle and the RTBM. After that, the prefabricated tunnel segments are hoisted individually into the launching shaft and placed on the cradle therein. The hydraulic jacks would then push each segment forward until it is up against the previous one already in place in the boring machine. Meanwhile, the cutterhead of about 90 tonnes, which is equivalent to the total weight of about four fully loaded double-decked buses, started to operate and bore forward. This procedure repeats until the cutterhead has reached the receiving shaft at the other end of the tunnel. 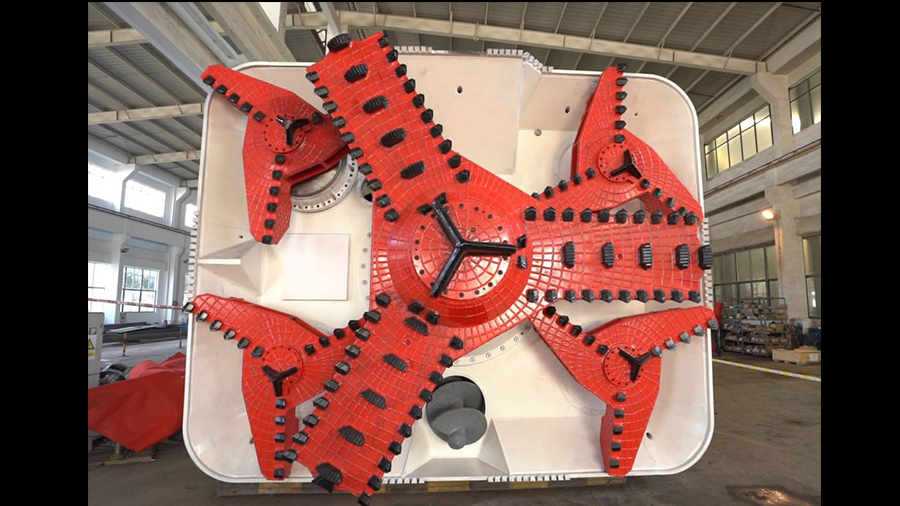 Mr Keith CHU tells us that the whole tunnelling system is equipped with a computerised control system. The system monitors the speed of the RTBM’s main cutter disk and four auxiliary cutter disks, the propulsion speed of the hydraulic jacks, as well as directional positioning and earth pressure balance on a real-time basis throughout the process, thereby preventing ground loss and seepage during excavation to ensure the surrounding facilities are not affected by the works. The entire subway is formed by 92 segments, each weighing about 30 tonnes. These tunnel segments are prefabricated at the yard set up by the CEDD at Muk On Street adjacent to the site for easier transportation, better productivity and enhanced quality.

Linking the past with the future

Following the successful excavation works, the entire subway is scheduled for completion in the middle of 2021. It is really encouraging to know that the next project, a pedestrian subway linking the KTD to Kowloon City, will also apply the RTBM technology. Construction has also begun already. The experience gained from this first use of the RTBM will serve as good reference for the new project.