The Tung Chung New Town Extension (TCNTE) is the first new town project via reclamation since 2003, following the completion of the last phase of reclamation of the new town development projects in Tseung Kwan O and Tung Chung. The project has adopted the latest environmentally-friendly reclamation technology – the non-dredged “Deep Cement Mixing” (DCM) method, which reduces the impact on water quality and marine ecology nearby and takes a time shorter than the traditional reclamation method would have taken to complete the works. The Under Secretary for Development, Mr Liu Chun-san, paid a visit to the reclamation site in Tung Chung and was briefed by colleagues from the Sustainable Lantau Office (SLO) on the details of the new reclamation technology and the eco-friendly construction approach.

The TCNTE project covers the areas on the eastern and western flanks of the existing Tung Chung New Town. Reclamation is mainly carried out in Tung Chung East, forming 130 hectares of land, which is equivalent to the size of about six Victoria Parks. According to Chief Engineer of the SLO, Mr Wong Kwok-fai, Alfred, the reclamation works, commencing at the end of December 2017, are in good progress. The first parcel of land formed by reclamation was handed over to the Housing Department for housing development in March 2020, a process which took less than 30 months to complete, for construction of about 10 000 public housing units. Besides, an eco-shoreline design will first be adopted along the 4.9-kilometre-long seawall in the project to improve the coastal ecosystem and enhance biodiversity. The whole reclamation project is expected to be accomplished in 2023. 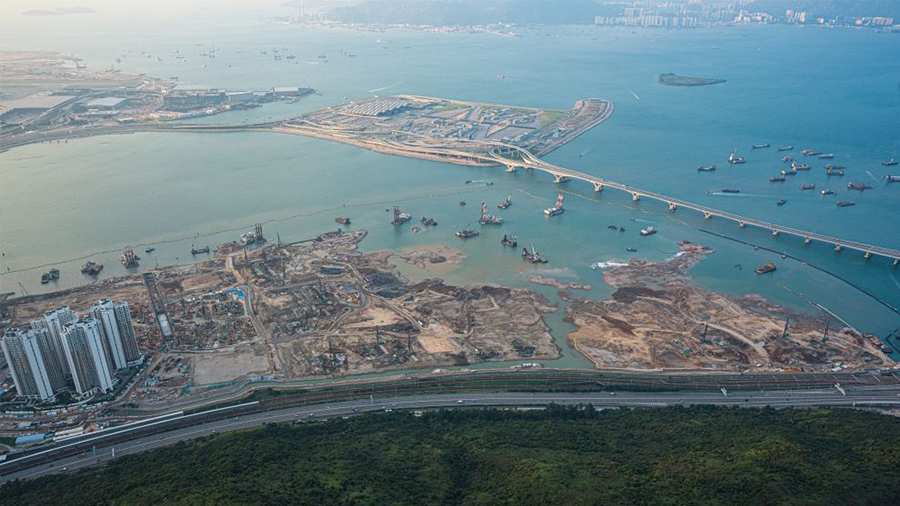 Tung Chung East reclamation is the first public works project using the DCM method for reclamation where no dredging or removal of marine mud on the seabed is involved.

The Contractor’s Senior Resident Engineer, Mr Cheung Kin-wai, Chris explains that the DCM method involves the injection of cement slurry from works vessels into marine mud by “mixing” them together. Each works vessel can carry up to 480 tonnes of cement. In the course of the mixing process, three sets of mixing shafts on the works vessel auger into the marine mud layer, mixing the cement slurry with the soft marine mud while rotating. The marine mud will be solidified to form a strong and hard cement mixing column. These cement mixing columns will form a DCM treatment zone in the seabed to support the seawall to be constructed above and fill materials to be deposited. 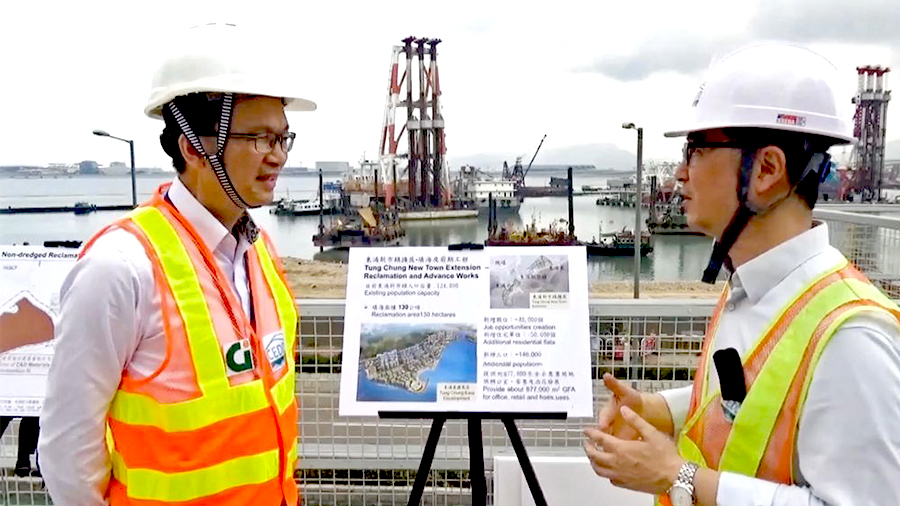 Reducing the environmental impact of the works

Senior Geotechnical Engineer of the SLO, Mr Cheung Kin-tak, Henry, says in comparison with the traditional dredged reclamation method, the DCM method does not involve the removal and transport of marine mud, and whereby can reduce the dispersion of suspended particles in water and effectively lower the impact on the water quality and marine ecology in the nearby waters. In addition, since no sea transport is required for dumping of marine mud, it helps reduce carbon emissions. Taking the works in Tung Chung East as an example, it eliminates dumping of marine mud by 4.4 million cubic metres and marine traffic by 17 600 vessel-trips. 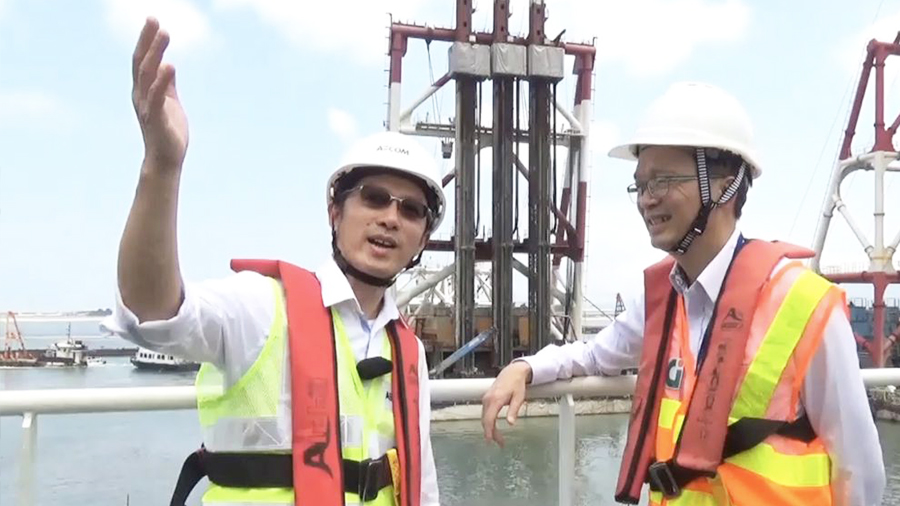 One of the challenges of this reclamation project is how to conduct monitoring and quality management in the reclamation area. Mr Chris Cheung says that to ensure there will be no environmental impact from the works, the project team has implemented various mitigation measures, including setting up vertical steel barriers and silt curtains along the periphery of the reclamation site to prevent the outflow of silt particles and to minimise the impact on water quality. The project team has also put in place the Environmental Team and Independent Environmental Checker to conduct seawater sampling and testing regularly for monitoring the water quality. This will ensure that the marine ecology will not be affected. Other mitigation measures include using quality powered mechanical equipment and protective noise barriers to keep the noise generated from the works under control.

The TCNTE project is one of the major initiatives of the Government's multi-pronged approach to increase land supply in the medium to long term. It will also allow Tung Chung to further develop into a comprehensively-planned new town with a large population capacity and adequate local and regional community facilities. During the course of construction, the project team has been actively communicating with relevant stakeholders, local community and residents, concern groups and green groups with a view to striking a balance between development and conservation for achieving sustainable development.