When walking along Bonham Road, have you noticed the white school premises with a curved facade? Despite the simple silhouette, the aesthetic school premises are full of distinctive features. With 80 years of history, this pre-war building has all along been serving educational purposes. Having once been the premises of a post-secondary college, it is now home to the Bonham Road Government Primary School. In July 2021, the Government declared the school premises as a monument.

School premises with 80 years of history

The Bonham Road campus was built between 1940 and 1941 to serve as the premises of the Northcote Training College, the first full-time teacher training college in Hong Kong. During the Japanese occupation period, the college was closed and the site was used as the headquarters of the Japanese Military Police. In 1946, the Northcote Training College was reopened and moved to Sassoon Road in 1962. The Bonham Road campus was then used by the United College of The Chinese University of Hong Kong until the college's relocation to Sha Tin in 1971. Following the completion of its renovation in 1973, the Bonham Road campus was returned to the then renamed the Northcote College of Education (NCE). The NCE used the site as its sub-campus until its amalgamation into The Hong Kong Institute of Education and relocation to a new campus in Tai Po in 1997. This historic building has been home to Bonham Road Government Primary School since January 2000. 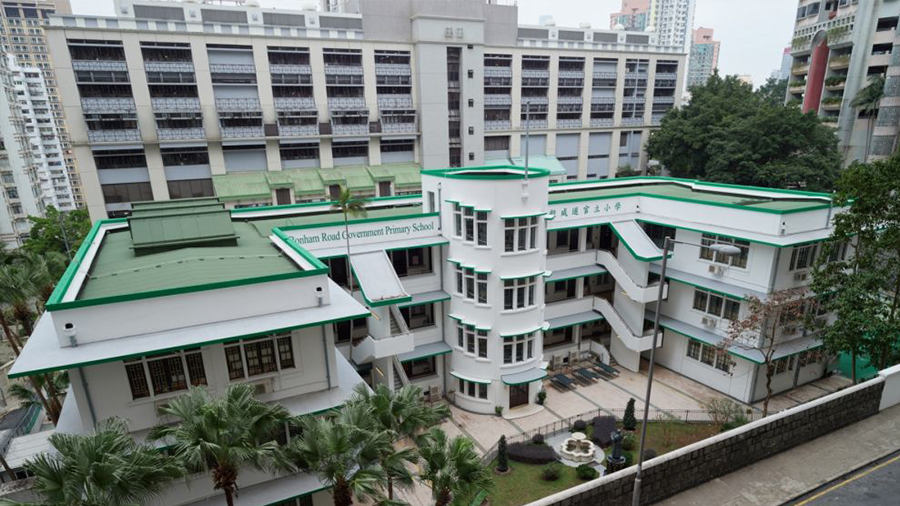 Executive Secretary of the Antiquities and Monuments Office, Ms Siu Lai-kuen, Susanna, tells us that the campus’ main building is a three-storey concrete structure with a basement. Built in an E-shaped plan, it comprises a long centre portion and a wing on each end with a symmetrical layout. The main building is a typical example of Streamline Moderne architecture, characterised by curves and horizontal lines and functionality with minimal ornamentation. The most distinctive feature of the building is the central spiral staircase with a curved facade facing Bonham Road. The timber doors, timber/steel-framed windows with their ironmongery, cement tiles with terrazzo finishes, as well as timber floorboards inside the main building are examples of historic building elements, and are kept in very good condition. 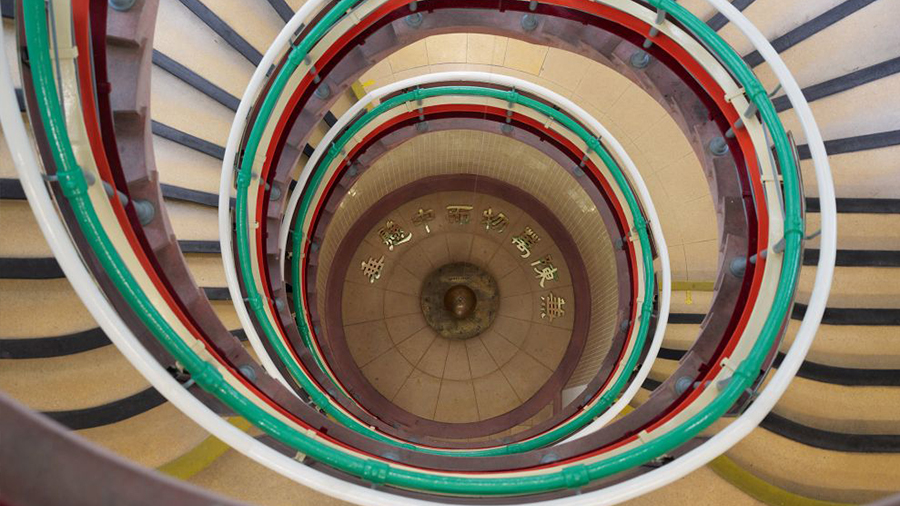 The Bonham Road campus has all along been serving educational purposes. At present, the trace of the name “Northcote Training College” could still be identified on the facade of the main entrance of the main building. It is also worth noting that two air-raid shelters, both with an airlock which could be used as a means of escape, were built in the basement during the construction of the main building. At present, the shelters are used as a library and an activity room. Air-raid shelters with this design are quite rare in the existing historic buildings in Hong Kong.

To conserve Hong Kong’s historic buildings, apart from efforts of the Government, public participation is just as important. The Bonham Road Government Primary School endeavours to promote heritage conservation in the campus. Ms Man Lai-ying, the incumbent principal of the Bonham Road Government Primary School and alumnus of the NCE, says that the school has specifically incorporated elements about historic buildings into its school-based curriculum, so as to strengthen the students’ awareness of conservation. Yuen Yui-lai, Primary 6 graduate of the school, remarks that taking part in project learning has deepened his understanding of conserving historic buildings, as well as of the school’s history and architectural features.

Mr Fung Yuen, former chairman of the NCE Past Students’ Association, introduces another artefact of the school. The Foucault Pendulum, named after the French physicist Jean Bernard Léon Foucault, he says, is an astronomical device installed during the construction of the school, to demonstrate the Earth’s rotation. The pendulum hangs from the ceiling at the spiral staircase. Apart from arousing students’ interest in physics, it also serves as a totem, one of the campus artefacts properly preserved by the school. Ms Man Lai-ying, the principal, says that the school has been teaching students to conserve heritage with care. Students would, for example, use fishing lines to hang notices or students’ works at those windows with historic value to avoid causing damage to the windows.

Next 70th anniversary of the Mines Division
Gov Job