The Government has launched the Job Creation Scheme under the Anti-epidemic Fund (AEF) to create around 30 000 time-limited jobs in the public and private sectors in the coming two years, thereby providing more job opportunities. Among others, new colleagues are reporting for duty in the Development Bureau (DEVB) and departments under its purview. Here we have two young people who have just joined the Electrical and Mechanical Services Department (EMSD), Ms HO Tsz-yan, Katherine, and Mr CHAN Chun-wa, Andy, to share why they joined the Government and what they have experienced in the new positions.

In view of the COVID-19 epidemic, the Government aims to create more short-term jobs to boost the vibrancy of the job market. The DEVB and departments under its purview, such as the EMSD, Drainage Services Department, Civil Engineering and Development Department, Buildings Department and Water Supplies Department, have created a total of more than 6 500 short-term jobs including government positions and those created through procurement of services from consultants or contractors under existing or new contractual arrangements. The jobs cover different trades, skill sets and academic requirements, providing job opportunities for professionals, technicians, backend office staff and fresh graduates. About 3 500 people are expected to report for duty in succession by the end of September.

Facing difficulties in finding jobs under the pandemic

Ms Katherine HO, now the Publicity Officer of the EMSD, was previously an assistant manager in a small and medium enterprise, where she was laid off due to the pandemic. During her unemployment, she sent out about 300 cover letters but received very few replies. She says that, under the influence of the pandemic and the general economic environment, many companies are reluctant to spend money on employing additional staff, making it more difficult for the unemployed to find jobs. She is pleased to have been appointed to the new government position under the AEF. Mr Andy CHAN, who is a fresh graduate this year, shares the same view. He says many companies have stopped recruiting people, and are even laying off employees or imposing wage freezes, so he feels very fortunate to have landed this job as the Publicity Assistant for the EMSD in less than a month after graduation. 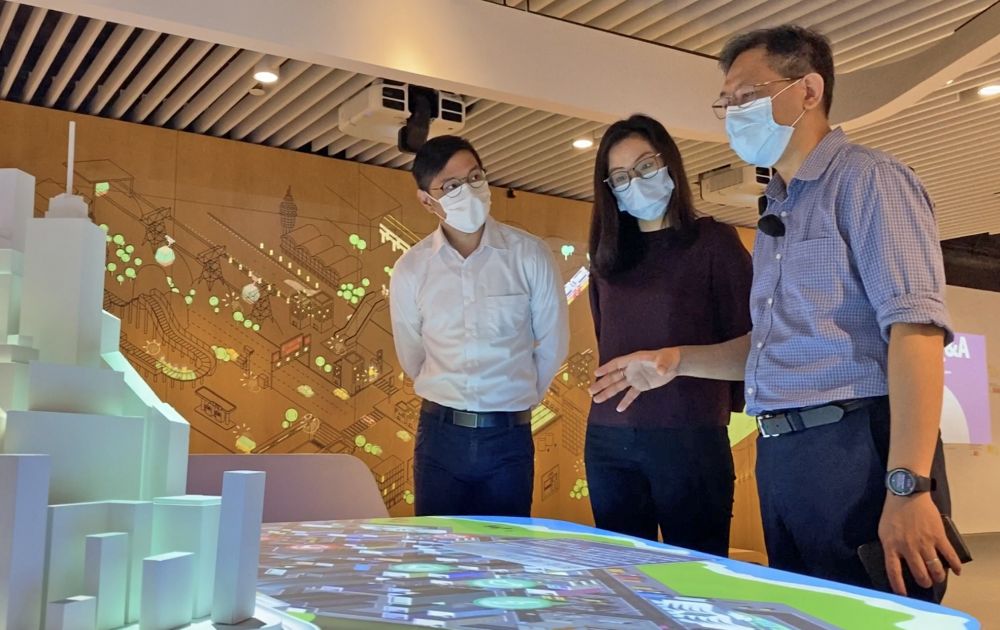 Thoughtful guidance from supervisors and colleagues

Ms Katherine HO studied Leisure Management in university. Currently, she mainly assists her colleagues to handle clerical work and organise workshop. The workshop aims at setting short- term and long-term goals for the EMSD to provide better services for the public. As it is not suitable to have face-to-face meetings due to the pandemic, she is exploring with colleagues the feasibility for the workshop to be held as usual in the format of on-line meetings. Ms Katherine HO says that, without previous related work experience, she was anxious when she first started her job in the engineering/electrical and mechanical field which was thought to be male-dominated. Thanks to the thoughtful guidance from her supervisors and colleagues, she has adapted to her new job quickly.

As a fresh graduate from the School of English of the University of Hong Kong, Mr Andy CHAN now mainly takes part in editing a handbook on the regulation of railway safety. Presenting the services and operation of the Railways Branch of the EMSD, the handbook enables the public and the trade to have a deeper understanding of the department’s work in monitoring railway safety. As told by Mr Andy CHAN, when he first took up the job, he was worried that his inadequate knowledge of engineering and related technical jargon would affect his performance. However, he later found out that he could make use of his language skills to present the terminologies of engineering in a manner that is both in-depth and easy to comprehend, which would help to improve efficiency at work.

Encouraging colleagues to grasp every opportunity to learn

Engineer of the EMSD, Mr CHOW Kirk, Peter, says he is glad that the AEF has made it possible for the department to recruit new colleagues to share its heavy workload. The department will do its best to give them every opportunity to understand more about its operation. Also, he hopes that the basic training they receive can become useful in forging their future career. In this difficult period when the pandemic is raging throughout the city, he hopes his new colleagues will not lose heart but will be brave to accept challenges and seek more learning opportunities to build a solid foundation for future development.

Next Air Traffic and You (epi. 2)
Gov Job